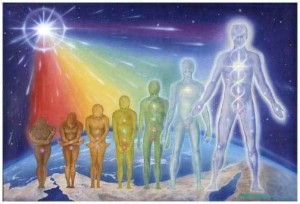 We’re on the brink of going back to the future in medicine.

Stem cells, genes and transplants are getting the headlines, but the bigger story may be that medicine is advancing beyond the biomedical model and embracing medical pluralism.

The overwhelming trend is the integration of orthodox medicine, defined by its pharmaceuticals and invasive techniques, with other ancient, old-fashioned and unconventional healing practices.

The future of medicine, it seems, is not only in the high-tech laboratory and the surgical suite but also on the NST and massage tables, at the herbalists and the health food store, behind the therapist’s closed door, but most especially in the cerebral hemisphere ã the mind.

And they take the subject seriously, referring to “postmodern medical diversity.” It’s probably the first time that Haitian “vodun”, hair analysis, crystals, magnets and charismatic healing have all been mentioned without derision in the pages of Annals.

Authored by David Eisenberg, MD, and Ted Kaptchuk, OMD (Doctor of Oriental Medicine) of Harvard Medical School and its division of complementary and integrative medical therapies, the series considers everything from acupuncture to iridology to chicken soup to Reiki to vitamins to “ethno-medicine.”

MDs are unlikely to suddenly start recommending copper bracelets to combat arthritis or stopping a nosebleed by placing a a red string around the neck, but they are acknowledging that a patient’s belief in healing properties may be just as powerful in many medical situations as the interventions of the physician.

In this week’s issue of the journal Science, there’s stunning testimony from University of British Columbia researchers about how the mind can heal the body. Their study suggests that the placebo effect in Parkinson’s disease produces the same neurological outcome as active drugs used to treat Parkinson’s: an increase in dopamine release by neurons impaired by the disease.

The placebo effect occurs when individuals take an inactive substance, rather than an active drug, and experience beneficial effects only because they believe they’re receiving beneficial treatment.

“The magnitude of the placebo effect was surprising,” admits UBC researcher Ral de la Fuente-Ferny¥ndez. “The greater the expectation, the greater the effect of the mind’s healing power.”

He adds, “This paper shows that there must be a bridge between traditional medicine and natural medicine.”

In studies of the impact of psychological therapies on longevity in patients with metastatic cancers, Ontario Cancer Institute senior scientist Alastair Cunningham found an association between intense spiritual work and longer survival.

“The psychological dimension offers promise for the treatment of many physical diseases,” writes Cunningham in the forthcoming issue of Advances In Mind-Body Medicine, an innovative, peer-reviewed scholarly journal published in the U.S.

“Modern medicine is conservative,” says Cunningham. “My approach is to try to play on the medical playing field and give evidence.”

Scientific, evidence-based proof of the placebo effect and the psychological dimension is only one reason for the dramatic shift right now toward inclusiveness and away from the historical antagonism to alternative practices by the medical establishment, say the Annals authors.

This sheer force of numbers comes at the same time as a trend toward consumer-oriented medicine and away from “doctor knows best.”

The medical profession is responding for two reasons. First, there’s money to be made from patients, since most alternative services must be paid for privately.

But with the US leading the way, there’s also more funding for alternative and complementary medicine. American researchers vie for grants from the prestigious National Institutes of Health’s Office of Alternative Medicine. And insurance providers such as HMOs in the US are beginning to realize that alternative practices can be just as effective and a lot cheaper than expensive high-tech interventions.

But what may appear to be new and cutting-edge is only a change in perception and attitude by orthodox medicine, maintains Harvard’s Kaptchuk, co-author of the Annals article.

“I’m so bored with people being hypocritical and pretending that all this is new, rather than saying that they’ve changed standards,” he says. “That’s a kind of distortion, not looking at the reality of the phenomena. It’s the response that’s different. What is new is that conventional medicine has to redefine its relationship to this phenomena.”

Kaptchuk claims that orthodox medicine’s nascent inclusiveness of complementary and alternative medicine is “a breathless attempt to co-opt it.”

“It’s market-driven,” he says, with distaste. His cynicism is understandable.

“In 1970 I was arrested in Cambridge (Mass.) for practicing medicine without a license,” Kaptchuk says. “Now I’m a professor at Harvard Medical School.”