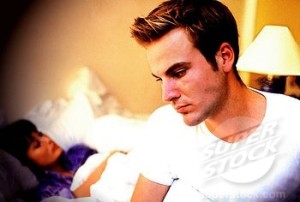 The act of sexual union not only provides procreation, but creates intimacy and connectedness.

Other researchers have noted that men who experience premature ejaculation have a faster neurological response in the pelvic muscles. Also, physiological complications such as urethritis, prostatitis, hyperthyroidism, obesity, and erectile dysfunction have been identified as attributed causes of PME. Tension in intimate relationships is commonly documented as causes as well.

Traditional treatments often involve talk therapy, recommended exercises to do at home and sometimes medication. Unfortunately, most traditional therapies focusing on dulling the sensations; psychologically (thinking about something else), physically (use of condoms, creams and analgesics to dull the sensation) and chemically (medication that dulls all sensation mentally and physically).

The Tantric Therapy view is much more holistic, natural and actually engages individuals to expand their sensations and experience.

I have practiced traditional insurance reimbursable psychotherapy for 16-years. Tantric Therapy treats the psychological, physiological and adds a critical spiritualogical component creating a holistic approach. Where traditional therapies can be effective, the holistic approach of Tantric Therapy is 100 times more effective in treating premature ejaculation (PME). I often compare the idea of only doing talk therapy to treat PME to the idea of just talking to someone that really needs physical therapy after an injury or surgery. A physical therapist could tell a person how to best do physical therapy on themselves or even teach a friend or beloved to help them; but most agree it would not be as effective. Actual physical therapy is 100 times more effective in healing physical injuries than talking about; why shouldn’t the treatment of PME?

Tantric Therapy does not treat the symptoms or even the causes of PME. Tantric Therapy focuses on the core of an individual’s frame of reference and center of relativity in their sacred relationship with themselves and with others.

Tantric Therapy begins first with gathering an extensive history regarding not only sexual functioning, but also a developmental (childhood to adulthood) history, including a family history and discussion relative to intimate relationships. In addition, a physiological history is also gathered to rule out medical conditions. Also, information is gathered about the person’s spiritual perspectives on relationships and sacred sexuality. This process is not done to identify problems but to get the individual to engage and open themselves up.

In Tantric Therapy, sessions commonly begin with discussing and exploring the concepts of Sacred Sexuality from a psycho/spiritual/sexual perspective. Genuinely acknowledging the Sacredness of relationships often has a profound impact on individual’s views of Sacred Sexuality, intimacy, spirituality and on sexual functioning – including PME.

The experience of Tantra is to open or uncoil the Kundalini within. Awakening the Kundalini within not only elevates our energy and the contact we have the Divine; but sexual energy is not manifested physiologically but spiritually. The sustained spiritual union with oneself and between partners can lead bliss.

Also, recommendations are made for diet and regular physical activities; such as yoga.

Most bodywork sessions involve the practitioner bathing and massaging the man to induce relaxation and intimacy. Breathing exercises are incorporated as well; making breathing delicate and slowing the breath. When an agreed level of relaxation and intimacy is established a more intense focus can be explored with the man’s Lingam, perineum, and sacred spot.

During a bodywork session; a practitioner will familiarize a man with his anatomy in a new way or sometimes touch a man in a way that he has only touched or explored himself. During these sessions; it doesn’t matter if the man is erect or not and often men ejaculate early in the session.

The muscles surrounding the perineum, Lingam and anus of massages and relaxed. The exploration of Scrotum elasticity, responsiveness, effects of temperature and sensitivity are explored. In addition, the connectedness of the perineum is explored. The stimulation of the prostate is explored as well; first internally and internally. When erect, the flexibility and positioning of the Lingam is manipulated. Often during sessions, men will become erect and then become un-erect. Ejaculating several times is also common. During sessions, men are taught how to squeeze their muscles around their prostate. This is done with the practitioner feeling the squeeze around the prostate.

Practitioners work with men in the bathroom; and encourage them to begin to urinate and then stop and continue again helping them become more aware of the internal sensations. While men can be and are instructed to do this by themselves; having a practitioner accompany/instruct them in-person has been more effective. Some practitioners will have men drink a lot of water before and during sessions and then have them stand and urinate into a jar and train them to start and stop.

The most common technique is to massage a man’s Lingam and prostate simultaneously and have the man signal when he feels the sensation that he is coming close to ejaculating and then stop the stimulation and encourage the man to squeeze. This process will not only profoundly help with PME but guide the man to experience multiple orgasms and recirculate his energy.

Overall, the most effective approach is to associate arousal with the connection to the Divine and have ejaculations be a conscious choice rather than a reflex. This is accomplished with Tantric Rituals, teachings of the male multi-orgasmic response and a lot of positive love and support.

You may also review Duncan Knights work at www.tantricproviders.com

I have been Tantric Therapist for 15+ years, specializing in helping individuals and couples improve their relationships and make them Sacred. My Tantric Therapy practice is a combination of psychotherapy, massage therapy and spiritual guidance. I consider women Sacred and Divine and guide them to realize their Divinity; and teach couples to worship each other’s Divinity.