He asked if I would get on birth control for him.

We were really clicking.
The conversations,
the touch,
his kiss.
OMFG! it was hot and I wanted him so badly.
I wanted to move forward and I wanted to explore the sex.
But I did not want any more children.
I had five children already and I was not interested in having any more at this point,
especially not risking it this early in the game of a new relationship.
Plus, even though something inside of me truly trusted that this man was clean,
I knew that you just never know,
and disease is a serious thing.

Weeks went by and the desire for each other grew as the days passed. Finally I decided that I trusted him enough to go bare with him in sex and that I “should” just make sure that no babies came from this,
so I went and got myself on the pill.

I had not been on birth control for the last 5 plus years, my system was clear of anything of the sort and I was feeling good. I felt emotionally stable after having one of the lowest points in my life in a deep dive into depression prior to getting off of birth control. My body was strong and I felt great in my skin. My health was awesome.

What could go wrong?

And so why not make sure to guard us against the one thing that I knew we did not want.

I got on the pill.
Everything seemed normal enough for a few months.
No big red flags waving.
My moods were normal, nothing too rocky.
No weight gain or fatigue.

But then I crossed over the 90 day mark.
Then I felt weepy.
Sad.
Depression was setting in again.
Weight started to slowly come on,
just a few poundss but I noticed it.
And my desire for sex,
the reason I had decided to start taking birth control again anyway,
yeah the desire for it was dwindling.
I was feeling each day more lost in who I was.
I felt the mask I had worked so hard at letting go of,
being picked back up again.
Now instead of laughing authentically and enjoying my life,
I found myself working ever so hard just to maintain composture and not get mad or cry for no reason.

My emotions were out of control.
I felt like I had time lapsed back a decade and I could not figure out what was happening or why.
Never did I think it was the birth control.

Months went by.
My sex dried up.
I was no longer the woman that he met,
and I also found myself to not be attracted to him any longer.
It was like we were completely different people,
and I for one was for sure.

The once beautiful possibility of a lovely relationship came to an end and I found myself bouncing around with a few other quick flings,
searching for the woman that I had lost somewhere along the line and wondereing why I was attracting these men that I really did not care for but seemed drawn too.

And then,
then I stoped taking the birth control.
I committed to my health and well being and I decided that if I were involved with someone sexually that I could just use a condom and not rely on this hormone imbalancer.
Not long there after I went in for my pap-smear and was told of cells on my cervix that were irregular.
The doctor let me know her concern of what this could mean.
I did some deep detoxing and investigating on what I could do to naturally irradicate these irregular cells.
I discovered that there was ton’s of studies done on birth control and the links to different types of cancer and cell mutation.

In my research I found out that it took up to 2-years to clear your system of birth control. To my plesent surprise I I was blessed with a clean bill of health again after crossing over the two year mark from taking the pill.
PLUS, guess who was back in her own flesh.
Emotionally stable again.
Focused.
Healthy weight.
And turned on,
plus able to have good orgasms again.
Yes! I was back.

And for the first time in my adult years I had fully digested the connection between how delicate my hormones were and how easily they could be set off,
causing massive issues from depression and lack of desire, to actual cancer.

PLUS, I discovered the science showing how birth control can and does change who we are attacked too. Explaining why so often we find ourselves with someone that we typically would not be attracted too without the extra hormones in our system.

And my question came,
“Why would a man who loves a woman ever desire to put her into this situation just so he did not have to wear a condom?”

“Why woudl a woman take this sort of risk with her health?”

“Why would we willingly put something in our bodies that could change who we are attacted too and expect it not to make that big of a difference in our relationship success?”

“Why is this never spoken of? Not made public knowledge when the facts are out there and not that hard to discover?”

The answer is simple,
We just don’t know.
We have not been informed.
And we have been focused on population not on health.
An educated person will gaurd against having unwanted children and at the same time will want what is best for their own health and well being as well as their partners, as well as wanting to be attracted to people that are a match for them verses the opposite.

But the education is not there.
And the desiree to inquire,
to seek out the truth is spoken of often but hardly ever followed.

Today I ask you to STOP the insanity of living blind in your sex and relationships and to actually inquire, witness and do your work or learning yourself, and knowing what is good for you as well as those you merge with.

Message me for deets on 1:1 coaching and education today. 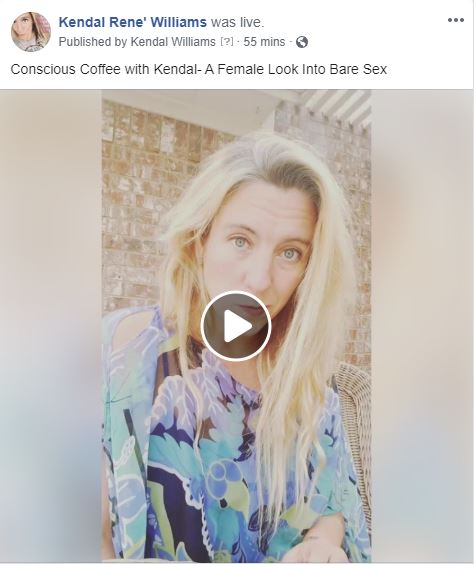 1 Response to "Birth Control, Turn On, Surrender and The Truth on Female Sex"