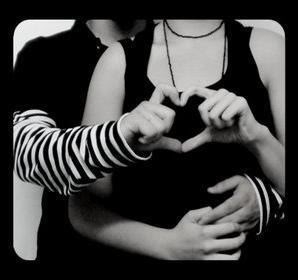 What do men wish women knew? That depends on the kind of man. We’ll look at the three stages men grow through as they evolve spiritually as lovers. At each stage, men want something different from women.

1. “My way or the highway.” You may recognize this attitude, or maybe your man has actually said these words to you. Some men want a woman to be obedient, and that’s that. We’ll call this kind of man a “me-man,” because his priority is getting his own way, being king of the castle.

2. “Let’s share our feelings and be fair.” When a man grows beyond his need to dominate a relationship, then he is careful to divide the pie evenly. He agrees to do the dishes on Monday, Wednesday, and Friday and you agree do them on Tuesday, Thursday, and Saturday. He takes the children to school in the morning, and you pick them up in the afternoon. We’ll call this kind of man a “50/50 man” because his priorities include equality, independence, and sharing.

3. “Let’s open our hearts, surrender to love, and give our deepest gifts.” When a man grows beyond his need to be in charge and his need to create safety, then he has become a “heart-true man.” The priority in his life is no longer about self-centered achievement. Nor is his priority to create a comfortable home and a relationship centered on fairness. Instead, like an artist learning to open and express his deepest heart, his priority is to live as love and give his deepest gift. He wants to be with a woman who is willing to surrender, as he has, to the force of divine or sacred love. And this kind of openness can be risky business.

1. A me-man wants a woman to know how to give him physical pleasure whenever he wants it.

2. A 50/50 man wants a woman to know how to share her emotions with him, talk with him during sex, tell him what she likes and doesn’t like, and express her sexual desires freely. He wants to give her pleasure as much as he wants to receive pleasure. He wants to be careful so they both feel comfortable.

3. A heart-true man’s priority is not to give and receive physical pleasure or emotional comfort, but to dissolve with his lover in the ecstasy of unbounded love. He wants her body and heart to open so wide that he is drawn into her love, and through her love, into an openness of love without bounds. He wants to let go of his sense of separation and meld with his woman, opening with her as one radiant heart of bliss. In this vulnerable, unprotected embrace, he wants to consciously ravish his woman with so much love that she has no choice — that they have no choice — but to surrender open as infinite love.

1. A me-man wants a woman to depend on him, emotionally and financially, so he can feel good about himself and enjoy a strong sense of self-worth. Likewise, his woman wants to feel special, depended on for the pleasure, affection, and love that she gives her man. This is the least mature form of relationship, in which lovers are co-dependent, craving to be appreciated and seen as strong or beautiful in the eyes of the other.

2. A 50/50 man wants a woman who is independent and can stand on her own two feet. He doesn’t want to always be responsible for her, emotionally or financially, but expects her to be able to take care of herself. He wants “space” to live his own life, and he is more than happy to give her space to live hers. This results in a modern, 50/50 style of relationship, in which two independent people share a life together out of choice rather than neediness. Although better than a relationship of co-dependence or abuse, this 50/50 relationship soon begins to feel shallow and empty of passion, almost like a business relationship, although it is fair and safe.

Dependent neediness and independent self-responsibility were only stages on the way to this utter heart-fullness. She no longer needs a man’s love, and she no longer needs to give herself love, because now she is learning to open and live as love. She is learning to breathe love with every breath and offer love through every gesture. No longer waiting for a White Knight or her own success to save her, her artful practice is to live as a blessing force of love, with or without her man.

1. A me-man doesn’t like to be criticized. No matter what he is doing, he wants his woman’s support. Even if she has a good idea, he can’t receive it unless he convinces himself that it was his idea.

2. A 50/50 man respects his woman’s ideas and gives them as much weight as his own. If they disagree about something, he is very willing to meet her half way. This often results in a mutual compromise, so that neither partner lives true to their deepest heart desire, but at least they honor each other’s opinions.

3. A heart-true man knows that his life feels shallow unless he acts in alignment with his deepest purpose. He cherishes his woman’s criticism — he realizes that in many ways her intuition is far deeper than his own — but in the end he takes full responsibility for his decisions.

If his woman suggests something that changes his perspective, then he makes a new decision. But he never compromises his heart’s deepest truth in order to please his woman or “go along” with her. He knows that if he gives up his heart’s true decision to follow his woman’s, then he will blame her if she is wrong and feel disempowered if she is right, having denied himself the opportunity to act from his deep heart and grow from his mistakes. By listening carefully to his woman and then taking total responsibility for his actions, he is free to offer her love unencumbered by resentment.

1. A me-man uses his woman to fill the voids of his life. When he is not working, watching TV, playing golf, or reading the newspaper, he is willing to “tolerate” his woman enough to get what he needs from her.

2. A 50/50 man is willing to spend time shopping and chatting with his woman, just as she is willing to watch football games and violent action movies with him. Sometimes he listens to her talking even though he is bored and uninterested. After all, he wants to be fair, and what she has to say is every bit as important as what he has to say. He is careful to set aside his current project and spend enough time with his woman so she doesn’t complain, even though deep down he may begin to resent her for distracting him from his sense of purpose.

3. A heart-true man’s priority is to open in love and give his deepest gift, just as he wants his woman to do, too. He doesn’t require that she sit through a violent movie if she has to close her heart to handle it, and he doesn’t want to be required to sit through a conversation if he has to fake his interest. Rather than blab about the day, there are times when he would rather sit in silence and gaze deeply into his woman’s eyes, or touch her with tenderness, or ravish her with loving passion.

A heart-true man wants to be with his woman without distraction, closure, or impatience. He spends his workday acting in alignment with his deepest purpose — financial, artistic, political, or spiritual — so that when he is with his woman he can offer his love undividedly and completely; he is with her wholeheartedly. She can receive his total presence, and he can receive her abundant radiance. He wants his woman to understand that even though she may be the most important person in his life, his life’s mission is not necessarily centered around, nor dependent on, their relationship.

1. A me-man wants to be nurtured by mommy and seduced by a vixen, so he expects his woman to cook, clean, and look sexy. To him, feminine radiance means nice cleavage, tight pants, and an alluring smile.

2. A 50/50 man wants his woman to share equally in all responsibilities. He’ll share with the cooking and cleaning as along as she carries her weight financially. He wants his lover to wield her masculine directionality while she smiles her feminine shine. He wants her to stay on schedule, meet her goals, and say exactly what she means while at the same time looking relaxed and radiant. She wonders, “How can he expect me to be an accountant, a word-warrior, and a goddess, all at the same time?” He wonders, “Why can’t a woman be more like a man?”

3. A heart-true man may do business with his woman, but he acknowledges that he isn’t with her for that reason; nor is he with her only for love, which he freely enjoys with his friends and entire family. He has uniquely chosen his woman to be his most intimate feminine source, the only person with whom he opens in full sexual expression and gifting.

A heart-true man understands that the most glorious feminine radiance is a gift borne of open heart, relaxed body, and fulfilled soul. Therefore, he does his best to create a sanctuary in which his woman’s love can bloom through a trusting heart, a blissful body, and a soul entered by his deep presence. Even if she is a corporate CEO, in their intimate time together he honors her deepest feminine desire, which is to open in love so fully, to surrender in trust so completely, that she is filled by the divine bliss that flows from her heart’s deepest chambers. He wants to open and surrender with her, so that her radiance bathes his life in glory as his presence swoons her naked soul in divine delight.

1. A me-man wants his woman to know how to bolster his self-image and pleasurize his body.

2. A 50/50 man wants his woman to know how to communicate clearly, stand independently, and be half-and-half, willing to change the car’s oil or remove the dead mouse from the trap and then wear lace and silk to bed.

3. A heart-true man wants his woman to know how to give her soul’s deepest gifts, and how to open her heart and body with him in a surrendered merger of unprotected fullness so they flow freely with, and dissolve in, the boundless love that is their heart’s deepest desire.