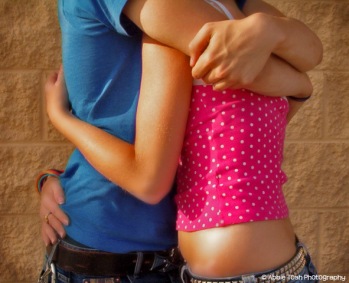 I am no authority on teenagers…there are very few in my life. But I was one once, so certainly I have that under my belt. And as I sit on a plane to Greece, I am surrounded by groups of young people off on their two weeks of binge drinking and stranger shagging. Meanwhile I have my head in a tantra book. As I catch morsels of overheard conversations, I am tempted to turn to them and begin to preach the Gospel of Tantra! Don’t do it kids! Don’t separate your consciousness from your sexuality and begin to condition yourselves to a lifetime of sexual experiences in which you are not present!

But hey, most of us did at some point. Perhaps you have to fall in order to pick yourself up. It was only after three years of excessive drinking that I gave up alcohol once and for all and headed to India to find something else of life aged 18 (yes I gave up drinking once I became the legal age to drink!)

But what would it be like if, when those hormones firsts start pumping, someone came to talk to us about Tantra? What if, instead of the conflicting message of “sex is a biological method of reproduction” versus the Hollywood messages of “everyone has flawless bodies and is having a lot of great sex all the time”, we were given some sort of sharing about how sex is related to love, and that it can create very strong experiences. What if the word “sacred” were even mentioned in the same sentence as the word “sex”. What then?

And how about, as those surges of energy come through the young teenage body, someone explained sexual energy? Imagine that concept helping our youth to understand the overwhelming forces at play within, and perhaps even learning a few basic tools to help deal with all of that energy…a little breathwork to support them through moments of intense energy surge. Imagine if we were teaching our young people to understand their own sexual energy before they connect to the energy of another, and then when they do connect they know a little about energies playing together.

How about explaining polarity to children as suddenly they gain a sense of being different from the other sex. How about marking that shift, from child to young adult, with a rite of passage. Returning to nature, as our distant ancestors once did, with our peers and our elders, to find out what it is to become a man/woman. What if, instead of MTV icons of male- and female-ness, teenagers learned about age-old archtypes, and about masculine and feminine energies in nature and the universe. Perhaps we could teach them about our own unique make-up of energies, of masculine and feminine traits and tendencies…and how to be at ease with ourselves just as we are.

What if teenagers were shown how to respect the other sex? Taught how to honour qualities that they may not themselves embody. How to share the delights of our differences…not to try to steal something from the other, or to dominate or gain power over the other.

And how about if teenagers were shown sex beyond the pornographic hard, edgy, loveless sex? What if they were exposed to sensuous and loving union? What if they saw two human beings in real and deep connection, with open eyes seeing one another and open hearts feeling one another. What if they actually glimpsed what it looks like when lovers are seeing the divine in one another …

And how would it be to show our young people the connections between sexuality and nature…to show that sex is natural; that it mirrors the gushing rivers and burning fires; the animal instinct. That some beautiful energies can flow between two bodies, an experience of deep aliveness…what if we let them know that?

How useful would it be to understand a little of creating safe space? Of boundaries…ever-shifting yet hugely important. Of “yes’s” and “no’s” and even options such as “can we just stop and hold each other?” And imagine if young people were taught to find their inner truth, their inner knowing…and learn to trust that. So they are no longer susceptible to the suggestion of every Tom, Dick and Harry, but able instead to look within and find what is right for them in each fresh new moment. Imagine if someone showed them that!

Because then even the adults could relax a bit. Instead of trying desperately to shield their young from sexuality, working against a natural explosion of hormones, parents could rest a little knowing that their children were actually equipped to enter the world of sexuality with the empowerment they need to begin such an epic journey. Not only that, but they might actually have some of the  communication skills to discuss it with their parents. The right education would also create the open-minded atmosphere in which teenagers sexual experiences are not all secretive and hidden from fear of being caught.

Many people seek out tantra in their thirties and forties. But why wait? Imagine what a difference it could make if teenagers were initiated into Tantra. Then perhaps I’d be sat on a plane with a load of youthful beings off to seek connection to nature, learn to open their hearts and discover the joys of being a sexual and alive being.