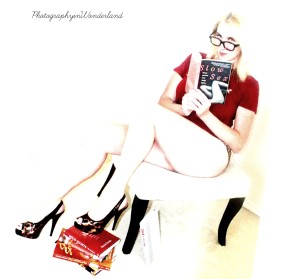 It has been an interesting social week for this sex geek!

Most of what keeps coming up this last week for me is circling around our idea’s and beliefs when looking at marriage or a “committed” relationship. The do’s and don’ts, and what is truly correct. What I have been reminded of the most is that one person’s “right way” is not always another person’s “right way,” and that this is such a beautiful thing that so many have a tough time accepting and seeing for the incredible gift that it is. As an ego based society we have been brainwashed into believing so fully that our beliefs are actually fact that we have squeezed out life, free will and individuality. We have buried personal truth and forgotten the age old wisdom, of love thy neighbor. The one core principle that ALL religions and spiritual practices have in common and as foundation. We have also forgotten that even our own personal truths and beliefs can change over the course of time and that in the end they are still only opinions in the eyes of others. Weather we back our statements with scripture, scientific evidence, or something else, they are all conjured from human translation.

Interestingly enough, since my last writing I have been through quiet a host of events and thoughts on this. A lover that I have had for a few years now (whom is a married man) had to deal with the possibility of divorce with his wife after a large dispute over his sexual activity outside of the marriage. Yet, their relationship is sexually dead and I mean DEAD. There is not even guilt sex happening. Now, I know that many who read this will be disgusted and damning, saying that in this sort of case instead of having an affair one should just get out of the relationship and stay in integrity. If your not happy then it is time to move on. If there are issues that cannot be resolved then it is time to move on. True as all of that is from a logical stand point, there are personal reasons that many who have affairs have that make it not so cut and dry. Yes, I am speaking from personal experience here. I have been an adulteress and obviously I have been a mistress as well. Both roles have blessed me with so much life lesson and deep empathy that I cannot see the disgust in them but only the beauty and empowerment that they both have led too.

Now, here is another interesting event of my week. Another old lover of mine who is a single man but was married years ago has a jealous, controlling ex-wife who has decided that he should not even text with me. Her attitude is very similar to the wife of my other lover, yet there is no contract that she can hold over his head or shame him of some religious sin. She can however cause disturbances and chaos.

In both cases above what we have are some core beliefs that we are taught about relationship, especially marriage.

In marriage you are responsible for your partners happiness.
In marriage, you are NOT to have any intimate or emotional relationships outside of that relationship.
Love as unconditional as we may say it is hits the wall of conditions when dealing with sex and emotions.
Ownership. (Partners own the rights to use of their partners body, especially genitals)
Jealousy is love.
If you cheat, you do not love your husband/wife.

So as you read this list, what did your heart say about each item?

Your heart not your ego, your beliefs and programs. Not what religion states. But what did your heart say? Your heart speaks in whispers remember, while the others are in your face, yelling the answers.

In follow up to these two events, I decided to do some social research on FaceBook and pose a couple questions. Here they are with some of the answers I received.

▪ Nope. Not always…Guess it depends on what your own definition of that is.
▪ Other’s concept of infidelity may not be yours. Not a universal definition.
▪ Infidelity is infidelity no matter how you slice it and dice it. infidelity is kissing another woman/man on the lips or commiting a sexual act with another person when in a relationship with someone. example…. peter is dating jenna, peter kisses another girl and has sexual relations with the other girl, that is infidelity.
▪ There are couples that are monogamous and then there are others that are polyamorous. Whatever works for a couple the most important thing is honesty with each other.
▪ A toxic relationship is a toxic relationship. No one should expose themselves to such thing for a prolonged agonizing period. Though leaving in itself is self empowering, and probably something that needs to be done by you. Cheating or committing in act of infidelity is a weakness that one succumbs under.
▪ And my favorite response: If communication is open and honest, then infidelity would never occur

The next question I posed was:
70%+ divorce rate. Over 40% of men in their late 40’s to 50’s have affairs. Over 30% of women in their 30’s have affairs. Many relationships have non existent or almost there so sexual relations after the 12th year together. Sperm are designed to fight sperm from other men, so that the strongest may win and the strongest offspring will be born to a woman. Women can become allergic to their mates semen.

College Study: In the early 1970s, a schoolteacher in southern England assigned a class science project in which his students were to find out the blood types of their parents. The students were then to use this information to deduce their own blood types (because a gene from each parent determines your blood type, in most instances only a certain number of combinations are possible). Instead, 30 per cent of the students discovered their dads were not their biologically fathers.

Question of the day: Are humans designed to be a monogamous species?

▪ It is possible. it requires a lot of internal work; which most people are not willing to go through.
▪ No, I don’t believe so. The reality of our true biological nature does not lend itself to that. We are programmed & learn that we should be, however, just look realistically at the divorce rate & you can see that something is a miss.
▪ I don’t think so… I think monogamy is a choice, one that can be followed through with, but naturally designed to be, no. Look at the bonobo, we are more closely related to them than any other primate/species. They, besides us (humans) are the only species who have sex, just for fun, and they do so with multiple partners. There is no hierarchy, no violence… I think it’s time we realize this, not to necessarily have multiple partners, but to have a better understanding of why we have such a high rate of failed monogamous relationships.
▪ Yes, were designed to be monogamous.. But as we as a human race evolved down through history, very early on we developed an appetite for more, and diverse engagement.. The pleasure center of our being was unlocked and an insatiable desire took over.. Pleasure is one thing, real love is another.. There is something sacred, about loved shared with one…and one only.. But our society doesn’t know how to facilitate that anymore.. There are unseen forces that prompt and Ignite some of the deeper..even hidden.. Passions.. That we might have had for just one person.. So yes, were designed.. But in the current cultural climate it is difficult to maintain.. Must be an incredible commitment to that person in your life.. Subtle, seek to steal and Rob the beauty, of that kind of oneness between two people.. Like some unseen force trying to take it away entirely… Just my sincere and humble opinion.
▪ I used to believe we were meant to be monogamous but I’m believing more and more that there is no way that just one person can satisfy all of our wants and needs (nor can we satisfy them). I believe in being open and honest with a partner but not necessarily monogamous. Just my opinion.
▪ Interestingly . . . way back in time . . . women decided what attributes their child would have . . . strength, stature, gentleness, hair colour, etc. . . . and would then seek out amongst the males in their community or tribe . . . those who embodied or embraced those qualities . . . and they would then mate with all of the chosen ones, repeatedly . . .

When the woman became pregnant with child . . . she would be supported by others of her ilk . . . and when the baby arrived . . . all of the fathers – sperm donors . . . would come to acknowledge their contribution to the new arrival . . . Within the tribe there would be those who quite naturally assumed the fatherly role in the child’s upbringing . . . even though they might not have been amongst the sperm donors .

What does all of this come down too?

All supported. All beautiful. All correct and all wrong. The true lesson of humanity is to love thy neighbor as thy self. And such raw topics such as infidelity and monogamy vs. non-monogamy are perfect teachers. Yet, fear blinds us. It blinds us from the possibilities of living in harmony and peace by embracing in unconditional love our neighbors, our lovers and mates and even ourselves. Instead of opening our minds and hearts we restrict them and point fingers. We say, “I am not judging you, that is God’s job,” while we state our opinion as fact. We slam the door of brotherhood because we fear our brothers beliefs. We go on witch hunts and call those who do not live according to our ways sluts, whores, tempters and temptresses. We pity them and most of all we fear the questions they pose to our soul without ever verbally asking it: Why am I not happy and what am I so scared of?

Fear is the answer to both.

Both questions come back to false evidence appearing real. Both are based on what we perceive as a danger when in fact, it is only self-created illusion supported by society.

We are not happy because we lack the strength and courage to live in integrity and authentically to be ourselves. We are fearful that if we were to do this, we would loss love, acceptance, family, comfort, all that we know. We fear that what we cherish in our lives and in love is truly conditional based.

We are scared of the reality of these conditions and that by living in our truth we will loose all that we feel we need.

Fear is just an illusion. There is no danger in any of the above. There is the reality that in many cases our fear WILL be supported by those parties we are interacting with and that we may very well find out that what we knew deep down is actually true. But, this just means that it was all a hoax anyway.

The hoax of conditional, fear based, controlling need wearing the mask of unconditional love.

In the end, it is a personal choice. The choice of living in a lie and being a sheep to needs of another or being a lion and standing firm for WHO YOU authentically are, just the way god made you.

Choose wisely. You deserve it!