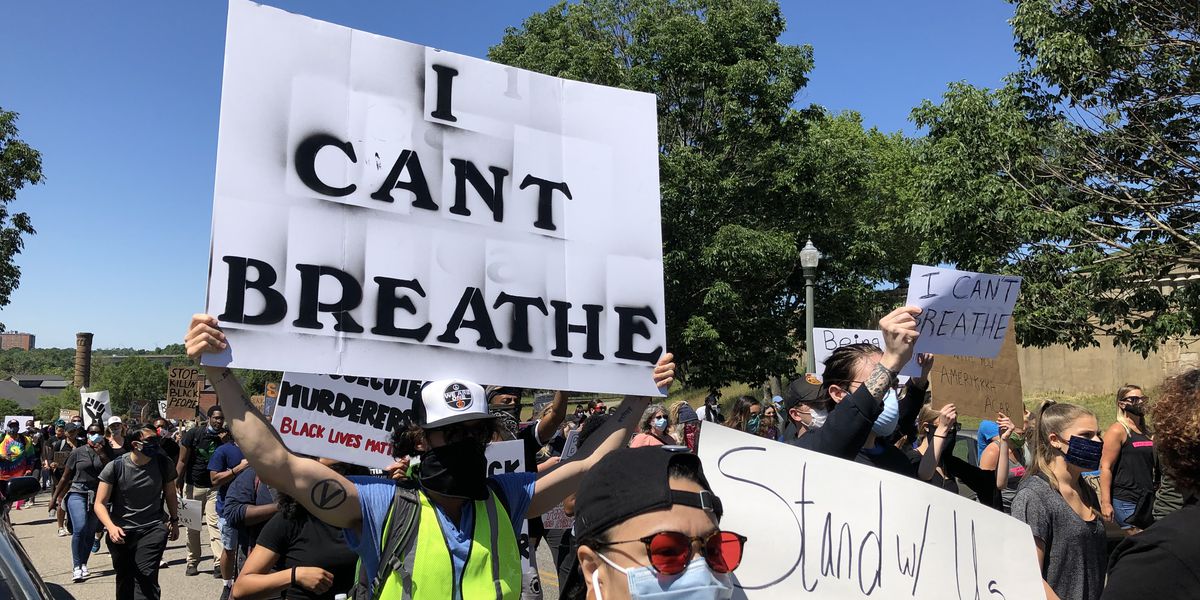 SO, WHAT HAS PROTESTING ACCOMPLISHED??

Within 10 days of sustained protests:
👉🏾 Minneapolis bans use of choke holds.

👉🏾Charges are upgraded against Officer Chauvin, and his accomplices are arrested and charged.

👉🏾Dallas adopts a “duty to intervene” rule that requires officers to stop other cops who are engaging in inappropriate use of force.

👉🏾New Jersey’s attorney general said the state will update its use-of-force guidelines for the first time in two decades.

👉🏾Monuments celebrating confederates are removed in cities in Virginia, Alabama, and other states.

👉🏾Street in front of the White House is renamed “Black Lives Matter Plaza.”
Military forces begin to withdraw from D.C.

Then, there’s all the other stuff that’s hard to measure:

💓The really difficult public and private conversations that are happening about race and privilege.

💓The realizations some white people are coming to about racism and the role of policing in this country.

💓The internal battles exploding within organizations over issues that have been simmering or ignored for a long time. Some organizations will end as a result, others will be forever changed or replaced with something stronger and fairer.

🌎 Protests against racial inequality sparked by the police killing of George Floyd are taking place all over the world.

🌎 Rallies and memorials have been held in cities across Europe, as well as in Mexico, Canada, Brazil, Australia, and New Zealand.

🌎 As the US contends with its second week of protests, issues of racism, police brutality, and oppression have been brought to light across the globe.

🌎 People all over the world understand that their own fights for human rights, for equality and fairness, will become so much more difficult to win if we are going to lose America as the place where ‘I have a dream’ is a real and universal political program,” Wolfgang Ischinger, a former German ambassador to the US, told the New Yorker.

🌎 In France, protesters marched holding signs that said “I can’t breathe” to signify both the words of Floyd, and the last words of Adama Traoré, a 24-year-old black man who was subdued by police officers and gasped the sentence before he died outside Paris in 2016.

🌎 Cities across Europe have come together after the death of George Floyd:

✊🏽 In Amsterdam, an estimated 10,000 people filled the Dam square on Monday, holding signs and shouting popular chants like “Black lives matter,” and “No justice, no peace.”

✊🏽 In Germany, people gathered in multiple locations throughout Berlin to demand justice for Floyd and fight against police brutality.

✊🏾 A mural dedicated to Floyd was also spray-painted on a stretch of wall in Berlin that once divided the German capital during the Cold War.

✊🏿 In Ireland, protesters held a peaceful demonstration outside of Belfast City Hall, and others gathered outside of the US embassy in Dublin.

✊🏿In Italy, protesters gathered and marched with signs that said “Stop killing black people,” “Say his name,” and “We will not be silent.”

✊🏾 In Spain, people gathered to march and hold up signs throughout Barcelona and Madrid.

✊🏾 In Athens, Greece, protesters took to the streets to collectively hold up a sign that read “I can’t breathe.”

✊🏾 In Brussels, protesters were seen sitting in a peaceful demonstration in front of an opera house in the center of the city.

✊🏾In Denmark, protesters were heard chanting “No justice, no peace!” throughout the streets of Copenhagen, while others gathered outside the US embassy.

✊🏾 In Canada, protesters were also grieving for Regis Korchinski-Paquet, a 29-year-old black woman who died on Wednesday after falling from her balcony during a police investigation at her building.

✊🏾 And in New Zealand, roughly 2,000 people marched to the US embassy in Auckland, chanting and carrying signs demanding justice.

💐 Memorials have been built for Floyd around the world, too. In Mexico City, portraits of him were hung outside the US embassy with roses, candles, and signs.

💐 In Poland, candles and flowers were laid out next to photos of Floyd outside the US consulate.

💐 And in Syria, two artists created a mural depicting Floyd in the northwestern town of Binnish, “on a wall destroyed by military planes.”

THERE HAS BEEN A SHIFT, AN AWAKENING…MANY OF YOU ARE BEING EXPOSED FOR WHO YOU REALLY ARE. #readthatagain

Don’t wake up tomorrow on the wrong side of this issue. Its not to late to SAY,

“maybe I need to look at this from a different perspective.

Maybe, just maybe, I have been taught wrong.”

There is still so much work to be done. It’s been a really dark, raw week. This could still end badly. But all we can do is keep doing the work.