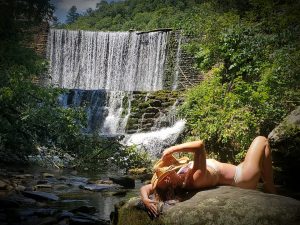 YOU’LL NEVER GET HER TO ORGASM THIS WAY

Or feel loved, cared for or truly wanted.

If you are treating to your woman like you would treat a one-night stand, hired sex or as a space for your stress release then I promise you that the results you will be getting may not be what you are wanting. Unless, you simply do not care about her well-being emotionally, physically, mentally or other. In which case, you more than likely are unconcerned about the damage caused to her or the potential loss of the relationship itself.

Robert and Ava (names changed for privacy) sat on my office coach one rainy spring afternoon. I was very family with their saga, Ava’s history was one that many women could have empathy toward. She was a rape survivor, had been through an abusive marriage that ended roughly, had explored the dating world but had never really found anyone that she trusted after all her troubles in the past, had committed herself to a life of singlehood even, until she met Robert. Robert gave Ava hope, restored her heart with his depth, his caring ways, his desire and appreciation. He was a man of great integrity and she admired him. Ava found herself wanting to do almost anything to be with him and it appeared he felt the same for her. They were deeply connected and in love. Yet they were severely challenged as well.

In the beginning of their relationship, like all relationships they both felt deeply connected in their love making. They took their time with each other, they laughed, played and enjoyed the intimate moments. They were getting to know each other’s bodies, hearts and souls and it was a beautiful process. After a few years however, and the new relationship energy started to wear off, the chemical bonds started to fade as they do with couple-hood – couple-hood that is not maintained that is – and they found their sex more ridged, empty, disconnected and more about the friction and “getting off” then about the emotional connection and bonding at deeper levels.

THEIR LOVEMAKING HAD TURNED TO F-CKING.

There is a time and place for everything.

And in the midst of lovemaking, what one might call just f-cking certainly can happen. However, in order for a relationship to remain bonded, the sexual component needs to be focused on as a bonding tool not a stress release, duty based, forced subject.

What is love making?

Love making as a sexually physical act is about both parties surrendering into trust with each other. It is about opening up our hearts and souls, allowing ourselves to be witnessed by our partner as well as fully seeing them. It is about ‘feeling’ each other, not just in the physical aspect of the body to body interaction, but in the conscious presence and vulnerability of our hearts, our emotional selves to be seen and felt.

Love making is about the unity of the couple.

Where two become one.

It can have in it playfulness, laughter, talking or silence. It can get a little rough, passionate or primal as well as delicate, sensual and slow. It is about exploring all the caverns of your mate, not just the physical penetration, as though they are new lands you have yet to explore.

Sexual f-cking is primal at its roots. It is a conquest, a taking of what you want or need. It is all about the force, the velocity, the physical penetration and display. It has little to do with emotions, the heart, bonding or care of each other. It is a play of dominance, which is why we use the word with such a definition as – “I f-cked him up!” or “Damn, I got f-cked on that deal.”

F-cking does not require you to feel anything. It is empty and leaves its victims feeling the void of its wrath. Neither party will feel satisfied or look at the experience as breathtaking, connective, feeling cared for or loved. Instead often, even with a climax or orgasm involved both parties will find themselves hungry for something more. A feeling of loss even.

Our modern world is fixated on f-cking in our sexual encounters, all the while wondering why their intimate engagements feel so limiting, unsatisfying or asking why no one has any depth or desire to have a “real relationship.” It is because f-cking is the least intimate form of sexual encounter that we can have.

I work with many married men who engage in f-cking with a sex worker on a regular basis. They make no excuses for their needs and wants. They are unconcerned about what physical or emotional issues may come to the sex worker, as she was consenting and even paid for her purpose. That purpose being a space for release, for an unfeeling act that allowed him to disconnect and get a primal need met. Now I could go on and on about this particular subject, sex workers, and more but for the purpose of this conversation here, I want to focus you on the dis-embodiment of the couple hood when this format of sexing becomes primary in the marriage/relationship.

Outside of the emotional disconnect that Robert and Ava were experiencing, they had also noticed some other challenges occurring. They both had less depth in conversation or care of discussing life events, thoughts, feelings, goals even. The level of inquiry and communication had faded over the course of just a few months at a level that brought concern for both of them. They were both feeling distant to each other, as though they were becoming strangers. Irritations were ever growing and frustration around the tiniest of things and their ability to communicate in a compassionate, non-violent fashion was also on the cusp of an unhealthy state. To make matters worse, Robert was virtually uninterested in sex with Ava, he found himself not really wanting to venture into it and used many reasons as to why it was such including life getting in the way, timing, and fatigue. Ava too was not interested in sexual interactions, she was starting to have anxiety around them even. Feeling a sense of duty and not wanting to damage Robert’s ego or harm his feelings she often just spoke nothing on her own inner struggles around the subject or fears. When the couple did have sex, it was friction based, distant, non-emotional and felt duty based. Robert wanted nothing more than to see his beautiful wife Ava orgasm before him, but Ava no longer provided that event for him and Robert not knowing what to do, had tried many physical tactics to get her there, but had virtually given up and surrendered to just f-cking her.

This saddening event is all too commonplace in couple-hood.

And perhaps you may find yourself in similar shoes as Robert and Ava, or can relate to them from past experiences. The question though is how do you reverse, heal or prevent this from occurring?

5 THINGS ROBERT AND AVA HAD ALLOWED TO HAPPEN THAT WERE DESTROYING THEIR SEX AND MARRIAGE.

WE GET INTO RELATIONSHIP TO FEEL.

It’s truly that simplistic. Love equates to – “I feel like I would be missed if I were gone. I feel like I am wanted here or by this person. I feel like they are there for me, they have my back. I feel like I can trust them, be myself. That I am accepted.” – This is what love feels like.

Without an emotional bond we have none of this “feeling,” and we are just moving through life alone – we have no commitment to another, to a future idea, and most certainly not to the well-being or care of a sexual partner.

Everything we want to build in a committed relationship container that we call love, we cannot do without the above five items being properly cared for by both parties in the relationship.

Perhaps, you started reading this musing to learn, like the title says, “how to make her orgasm,” or you are a woman who wanted to know what your potential issues were and believed that you were non-orgasmic or had some problem physically. I am telling you with my whole heart and soul on this topic of sex, intimacy, orgasm and desire that the problem you seek has only about 15% of its nature in the actual physical aspects of skill, stamina, or frequency and 85% of it is directly manifested from the above items based in emotion, vulnerability with each other, communication and allowing ourselves to feel our hearts fully as well as allowing ourselves to be compassionate in our witnessing of our partners.

For help on these common couple-hood challenges that break-up the majority of relationships today, reach out to me to discuss options to prevent, help heal and restore your love life now!