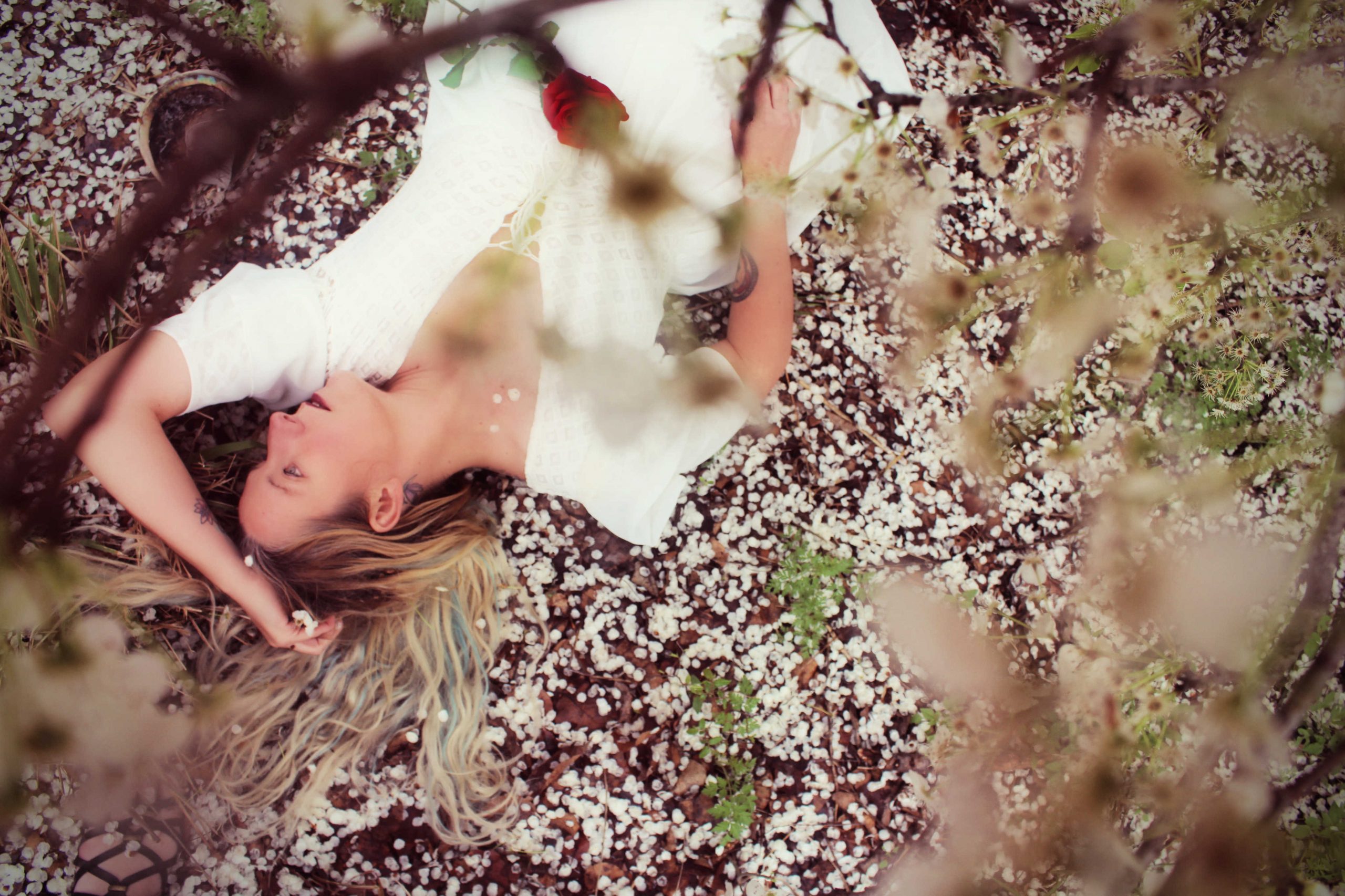 WHAT TO KNOW ABOUT WOMEN & FANTASY TALK

It plays with your arousal, it has you caught in its creative nature wanting for more.

Fantasy is fun, exciting, expanding to the senses and many believe that it is vital to the longevity of our sexual happiness with our partners.

Through the years I have worked with countless couples who have turned to making their fantasy worlds a reality. After many turned on conversations, they have decided that they want to explore this thrilling world as they believe that it will build intimacy between them and charge up their sexual connection like it was in the honeymoon phase of the relationship. And to an extent they are correct. However, more often than not they are under prepared for what awaits in Pandoras Box of sexual adventures, and they discover that these fantasies should have been kept just that. Fantasies.

How does this happen though?

How does a couple go from talking about things, being playful and open to exploring and then having their world crash around them from something that they both discussed, planned out and were in agreement on?

We are going to discuss some common events that take place in the creation of a not so happy ending.

“Martha and Jon had been married for over a decade, they had two young kids, both worked and wanted to just have a connected, happy, stable life together. They were the best of friends when they got married, common goals and interests and a strong sexual passion for each other. As the years went by, Martha grew distant and uninterested in Jon sexually. Their once hot relationship turned into ABC sexual encounters (Anniversary, Birthday and Christmas) with an occasion “pity sex” when Martha grew weary of Jons moping around the house and poor attitude.

Jon took it upon himself to “take care” of himself as needed and turned to porn frequently to assist in this process. Martha knew of his actions and although she was not a fan, she ignored his actions because it was better than her having to do the duty. And so, time went on and they pretended that all was good and happy just as is. Then one day Jon asked Martha if she would like to watch some porn with him. She initially said no but then changed her mind at the sight of him dropping down into a sad stoop at her response. She watched it with him, and he became increasingly more aroused, touching her while they watched and listened. He became more attentive, more kissing and caressing all the areas that she enjoyed having touched and she thought that he had forgotten about through the years. As they listened to the moans coming from the screen, their own engagement got more intense which is where Jon realized the turn on in hearing sex happening while having sex with Martha. Being able to look over and see another couple in the sexual act was also stimulating to his senses and gave him more ideas as to what he was wanting to explore with his wife. She seemed like she was really into it as well and so the fantasy play began.

Jon found that if he asked Martha for sex in a more dominating fashion where he held her hands above her head and pressed her into a wall while kissing her that she was more likely to say yes. He discovered that if he grabbed her firmly in bed and pulled her butt over to him, playing with her with his fingers without request that she was more willing as well. He started to learn that Martha had a thing for having him be more aggressive. It aroused her. And they started having more sex. It was all good.

Then one evening he decided to tell Martha a story in her ear while they were having sex. He painted a picture of a scene of her with multiple men having their way with her and another woman devouring her as well. He described it just like he had seen it in a porn he had watched over his lunchtime hour. He felt Martha’s body tighten, he felt her breathing change and it just so happened that why he had been talking he had also been stroking her G-spot perfectly, so she had an orgasm while he was storytelling. He took this as though she had come to the story. The reality was that she had come to his touch. The story actually caused her to go into her head and not feel at the same level that she had been feeling him. It brought fear up inside of her and concern. She did not know how to deal with this new “play time” experience that Jon was exploring.”

And here is the starting gate to so many couples tales of downfall in the bedroom. A miscommunication. Fear to share one’s truth. Fear to let their partner down or to be perceived as a stick in the mud. Often, this is the woman in the scenario that chooses in these times to ignore, not speak honestly, allow boundaries to be crossed and to simply just fake the orgasms, the arousal, the enjoyment of these experiences. Unfortunately, their lack of authenticity leads to trauma, pain, bitterness and often separation.

I once had a female client that described this situation with her husband like this,

“It’s like there is a sexual rope laid out and he wants me to reach and touch it but as soon as I do he moves the rope a tad further down the path and says, “Great but I want more.” Making it forever impossible to please him sexually because its never enough.”

IT’S ABOUT ADRENALIN NOT TRUE SEXUAL AROUSAL FROM ONE’S PARTNER.

It’s about the thrill.

Many couples stop being turned on to each other.

Where they used to be able to just be with each other, find arousal in watching their mate get undressed, shower or even cook or sleep, they now feel empty in these witnessing’s. It’s commonplace, no excitement or thrill. No mystery. That is why fantasy starts to play a role.

In reality, there is absolutely NOTHING wrong with fantasy play in a committed relationship.

When you “need” these outside sources to enjoy the sexual connection, you are revealing the true disconnect with self, your partner and with the present moment. You are accessing these storylines because you find that your reality is not good enough.

ANYTHING THAT TAKES YOU AWAY FROM WHAT IS RIGHT IN FRONT OF YOU DISCONNECTS YOU FROM YOU AND THE PRESENT MOMENT.

And you lose depth, intimacy and connection as well as all the sensations physically, emotionally and energetically because of this. You turn what is so powerful, magical and beautiful into nothing more than a friction-based act that ends up short circuiting your whole relationship in the long run.

You see often for women they do not speak up on the true lack of interest in the outside stimuli. For a woman to truly be able to have deep fulfilling orgasms and to surrender from the core of her being to her partner she needs to go inward. She needs to connect more and get fully out of her head space. She needs to trust her environment and her man. A woman needs to be in her heart space, trusting and vulnerable outside her thoughts and ideas for her to fully feel her physical body and arousal comes from this order.

A man is visually stimulated by the body movement and what is happening before him. He is verbally stimulated by her moans and sounds. These things intensify his physical feelings and as he grows in arousal his heart starts to open to her if the trust, bond and desire is there.

Fantasy is a masculine exploration with the creativity of the feminine energy.

Fantasy takes you into your mind.

Away from your reality.

Away from your partner or what is happening in the environment.

It detaches you from the present moment and your physical experience.

And often it can in turn cause fear to arise because as the words are spoken the concern of what if makes itself known.

“What if he/she wants to really act this out?”

The verbal stories during the sexing creates triggers in the psyche linking the emotion felt during the fantasy story with a physical response to what would actually occur if the event was real. Granted orgasm may still present itself authentically, however that often is just a simple physical reaction to physical stimulation. As it is well known that many rape victims have orgasms during the crime, not meaning that they are actually aroused to the event but that nerves have been stimulated and the natural response occurs from this.

Due to the fear of authentic communication for many reasons, many couples find themselves well down the path of fantasy play and pushing the limits long before they realize what the truth of the situation is and reach out for help to attempt to heal what they were trying to stimulate through adrenalin.

Discovering that they cannot feel themselves.

They have lost touch with who they are, what they want and still feel empty inside sexually.

Craving for the closeness they once had with their partner, the intimacy and safety they long for in a hunger far worse than that that activated this journey.

And the answer you may wonder?

How does a couple stay sexually satisfied with each other after years together?

When you know everything about each other?

Once you have these established and stable you can explore almost anything in certainty.