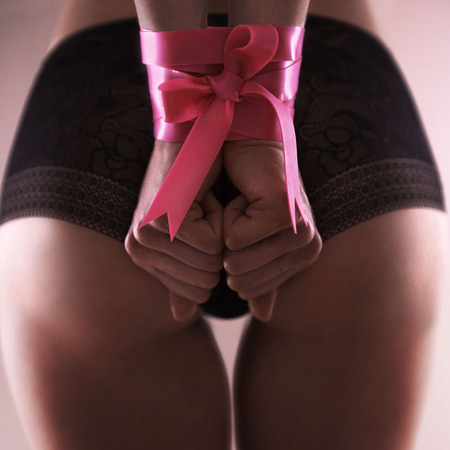 Many women are “closet submissives.” Do you have what it takes to erotically dominate these women?

At the risk of “tooting my own horn,” I have had many women refer to me as “The Black Christian Grey” as well as “The King of Verbal Seduction” (a nickname frequently used on my adult-themed podcast program, The Erotic Conversationalist).  To this day, I have a number of e-mail messages and messages on the popular social networking site, Facebook, from women who refer to me as “Sir,” “Daddy,” or “Mr. Currie” instead of simply “Alan.”  I have a number of audiotapes of me erotically dominating women verbally that these women have actually asked me to share with other women.

Is this a ‘talent’ that only I possess?  Of course not.  Any man with some degree of “Alpha Male” traits can learn how to identify, seduce, and train a woman who is what I refer to as a “closet submissive.”  Closet submissive?

The term “being in the closet” is usually attributed to a gay male or lesbian female, but there are a lot of men and women who are “in the closet” regarding their erotically submissive side.  What many in society may be surprised to learn is that many men and women actuallypay money to be erotically dominated.

I have actually had my own female clients who have paid me a small sum of money to teach them and train them how to be less ‘prudish’ with their romantic and sexual partners, and instead become more open-minded, free-spirited, and erotically submissive.

I am not going to give away all of my secrets of training a closet submissive, but I will offer a handful of tips for those single heterosexual men looking to enhance their sex lives and their ability to connect with an “undercover sub”:

1)  Ask a woman to repeat something that you want to hear.

Comment:  The very first way that I identify a woman who is a ‘closet sub’ is to ask her to repeat something that I want to hear.  It could be something flattering to my ego, or something very kinky.  If the woman gives you a lot of resistance, and exhibits a high degree of defiance, then nine times out of ten, she is not a submissive type.

Comment:  Similar to tip #1, if a woman resists calling you ‘Sir’ or “Mr. [your last name here],” then nine times out of ten, she is not a submissive type.

Comment:  Did you see the movie, Nine and a Half Weeks, starring Mickey Rourke and Kim Basinger?  Rourke’s character of “John” was very good at getting Elizabeth (Basinger) to associate his companionship with the idea of being erotically aroused and sexually satisfied.

5)  “Punish” your female sub by denying them your attention and companionship when they are not erotically obedient.

Comment:  Do not ever allow your new “trainee” to share your company or even maintain a conversation with you in an instance where she has been “disobedient” or “defiant.”  Ignore her indefinitely until she apologizes.

6)  Last, but not least, make sure that your entire “domination-submission” relationship is mutually beneficial, consensual, exciting, and satisfying.

Comment:  A dom-sub relationship should never be violent or abusive.  It should be intriguing, enjoyable, and center on mutually beneficial pleasure.  Never “force” or “coerce” a woman to be your sub.  Simply ask her to be obedient and submissive to you, and if she declines, let that be the end of it.

You can gain more tips in my book, Oooooh . . . Say it Again: Mastering the Fine Art of Verbal Seduction and Aural Sex

If you are a woman who is a ‘closet sub’ reading this, say, “Thank you for writing this article Sir.”

Written By Alan Roger Curry, The King of Verbal Seduction

Original Published on My Tango HERE