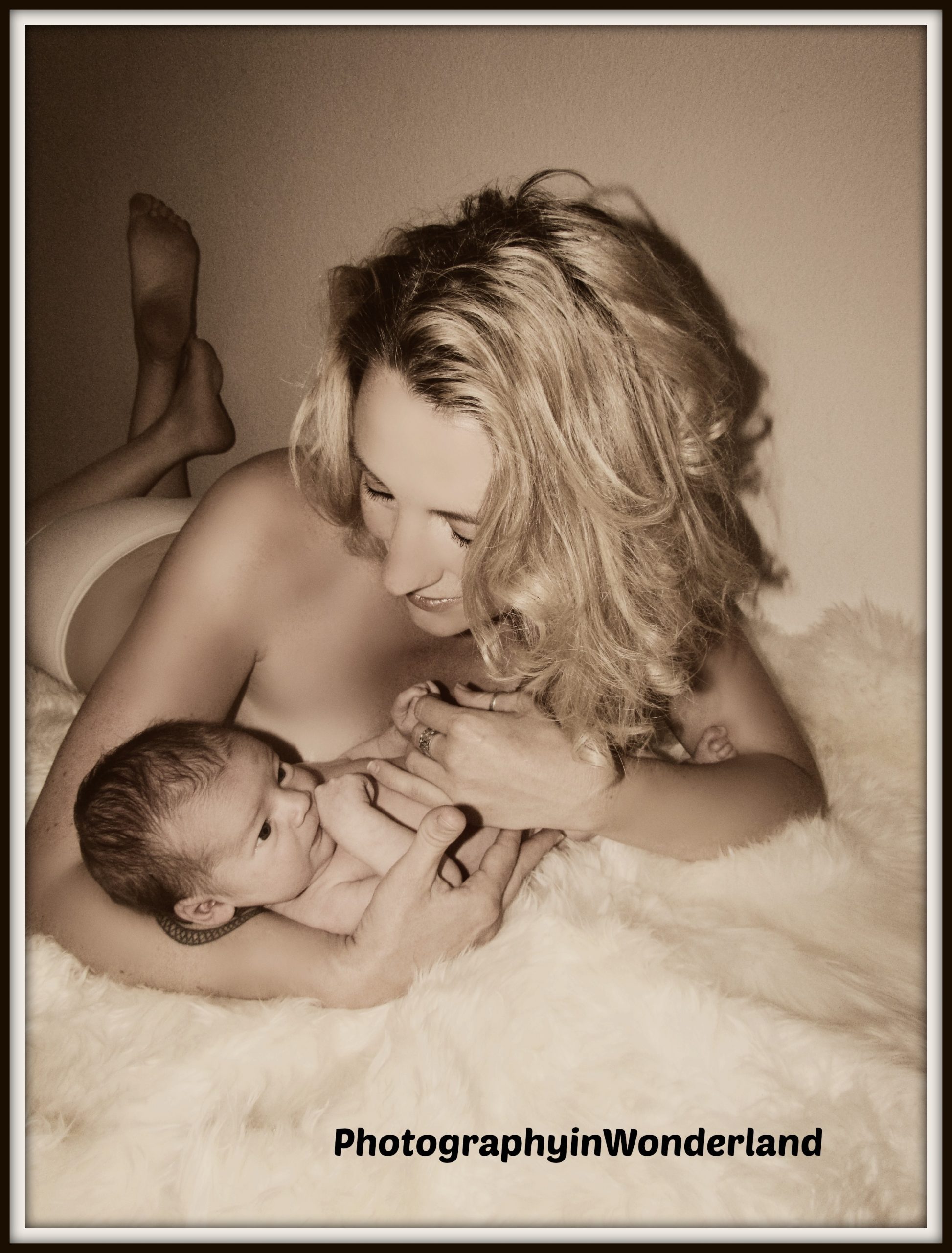 WHY I DON’T DO BIRTH CONTROL HORMONES….

And WHY I don’t believe that any conscious woman should.

Birth control is a smart thing.

And science has created a way for us to take charge of if we have children or not. There are so many options in today’s world from a multitude of birth control pills, shots, films, sponges, rings, etc. etc.

Not only are we protected 99.9% from unwanted pregnancy but we also can have clearer skin, lighter periods even fewer periods and have certainty as to when our flow is. Something that can get altered when you are not on hormone based birth control.

Birth control puts the woman in a power position for sure.

But here is the thing…

Before you string me up to crucify me and say well Kendal, no wonder you have seven children, you don’t do birth control. I want to share a few scientific things with you after my intimacy share on my seven children.

You see many years ago, like 29 years ago I was fifteen years old.

I was a virgin. Never even been kissed. And I had regular periods that were always on time, I had clear skin because I have always been conscious of the food going in my body, my skin’s health and hydration. So no pimply faced girl here, even back then.

AND there were zero boys in my world.

But my mom, being a concerned mom for her little girl that was becoming a woman took me to the gyno and told me that I needed to get on birth control to….(ready for the silliness…)

Get my period regulated and help with my skin, limit my breakouts.

My argument was that I did not want chemicals in my body when there was no reason for them.  And the reasons given made no sense for all that I already shared that my mom knew clearly.

But I started taking birth control pills regardless of the facts.

Of course not long thereafter a boy popped up in my world.

And after a year of dating we had sex.

Unprotected sex because I was on the pill, so we had nothing to worry about.

We had a ton of unprotected sex.

Because there was nothing to worry about.

And no one bothered to inform me of anything different.

Condoms were known of,

they were spoken of,

but no one made a big deal out of them,

it was all about the pill.

Time went on and the boy and I broke up.

I quickly ( like 3 months later, quickly) found myself in bed with a man, who would become my husband shortly thereafter. We moved quickly into sex, unprotected sex because we had nothing to worry about, I was on the pill.

Well life got crazy, and I missed a pill.

Not knowing that I was fertile myrtle, I ended up pregnant right off the bat from one missed pill.

Welcome to the world child #1.

After birthing her, I got back on the pill,

one month I developed a bladder infection and took medication for it that canceled out my birth control but the doctor did not warn me and I was young and undereducated, and so welcome child #2.

Then… then I got smart…

I decided to get this new thing called the Depo Shot…

and my marriage was unhappy as hell so I ended up cheating on my husband, well the Depo Shot had no clue how fertile I was, because somehow someway it did not work and welcome child #3.

I had no clue what had taken place and my doctor suggested that I go on this other new birth control pill because it was to be really good, AND it supposedly would not cause the weight gain, the mood changes or fatigue that I was getting from the Depo Shot…

and we moved residences, we fought horribly, we moved again, and somehow in the midst of the chaos I ended up pregnant again.

I grew tired of all the keeping track of four children under 10 and the pill that had to be taken at the same time each day or it would fuck up, plus my moods were no better. I was feeling lost in myself.

So I went back to the Depo Shot, thinking that maybe after all these years it got better. At very least I only had to deal with it once every three months.  In the midst of depression and despair I found myself on the Depo Shot, 30 pounds heavier then what I should be and pregnant yet again with child #5. The doctor could not understand how I could get pregnant two times on the depo shot without any medication interference, but it happened.

And THEN my husband had had enough….

And I got off ALL hormone based birth control.

And you know what happened?

I found myself again.

The weight dropped off with ease.

My periods were not as fierce and painful.

I felt so much better.

but now I had one massive issue.

Every time I had sex with my husband,

my body rejected the sex.

I would break out in a burning mess.

My pussy was pissed at the experience.

And I was not wanting anything to do with him.

I was unattracted, turned off and could not bring myself to even really be willing to go into any sexual experience with him.

At one point I even thought I might be allergic to his semen.

And so that thought led me down a path of discovery.

Turned out that we women can be allergic to a man’s semen.

Also turns out that hormone based birth control has a major impact on a woman’s immune system, and moods.

“…contraceptive pill use alters mate preferences, women who had taken hormonal contraceptives while meeting their partner and later discontinued their usage (as many do when they wish to conceive) may feel disenchanted with their initial partner choice. Indeed, the use of hormonal contraceptives may not only affect initial partner choice but also have unintended consequences for women’s relationship satisfaction if contraceptive pill use subsequently changes. Prior studies have provided evidence for this hypothesis, indicating that women who had used hormonal contraceptives when they first met their partner and then ceased to take them experience lower levels of sexual and relationship satisfaction5 and are more likely to get divorced….” (Gurit Birnbaum, Ph.D., is a professor at the Baruch Ivcher School of Psychology, the Interdisciplinary Center Herzliya. Psychology Today)

I believe that any conscious woman who wants to develop a truly loving and connected relationship with a man should be aware that if she is on a hormone based contraceptive that she is most likely not getting the right reading of the man.

It has been my discovery since the days of birth control and myself that my attraction is opposite to what it used to be.

After all we get into relationships not just for the purpose of starting up a family or getting a dad for our kids from our previous relationships. Typically we are looking for love and connection. We are wanting long term satisfaction, happiness and attraction to our mate. So why not create the most conscious space for it. A space where our body wisdom can be heard?

Of course that would also mean that we would have to be willing to want to hear it.

And even more importantly it would require all of us women who desire to be standing strong in our personal power to also be willing to speak our truth and ask for our needs to be met around sex and sexual practices more, instead of just spreading our legs and letting the men in our lives do as they want unconsciously.

It would require us to speak up about safe sex.

It would require us to value ourselves enough to not just ask but demand that protection be used,

and if we are truly not wanting to have any children to have the conversations with our partner(s) around this.

We are not warned of the possible and common complications that can impact our bodies as well as our desires and psyche from such things as contraceptives, but we are taught as women that it is OUR RESPONSIBILITY to make sure that we take care of that fertility thing.

I for one wish my mother had never stolen this right from me. I wish that my body had been given the opportunity to fully mature without extra hormones and all the issues that it has been known to cause on an undeveloped female productive system. I wish that I had been better educated in my youth about sex and sexual health and rights. I wish that someone had been there to guide me better and give me the option as to what to do with my body and explain everything instead of pushing me down what was considered normal and healthy, responsible.

At the end of the day,

The most loving and responsible thing we can do for ourselves as women and for the men we choose to do relationships with is to come into that relationship as OURSELVES.  Not altered by chemicals.

For the same reasons it is not a healthy practice to have sex drunk or under the influence of drugs,

we should not be having sex under the influence of hormones that are not of our own bodies design.

Perhaps we would find that more people would be happy in the relationship choices that they make.

Perhaps more people would not go through all the depression and lostness if they could be authentically themselves.

Perhaps more women would not be labeled “CRAZY” if they were not being bounced around by pharmaceuticals in the pursuit to make pregnancy all the woman’s responsibility and take away the responsibility of the men to be conscious of their bodies, their control and health.

Just random thoughts from a mother of three daughters of her own.

A woman who values her relationships with men, and wants to only get involved with those that are authentically “right” for me…

Time to claim your truth is beautiful.

Time to say yes to valuing yourself, to loving yourself and knowing who you really are.

But in order to do this you have to desire to fall in love with the real you.

And if you are looking for love and success,

but wonder why it is always just out of grasp then maybe it’s really time for you to explore your truth.

From sexual health choices to learning your authentic yes and no,

you have never been told its okay to be YOU.

I am here to reveal to you that it is more than OKAY.

It is your duty to your happiness to do just that.

Reach out to me to discover options for coaching today.