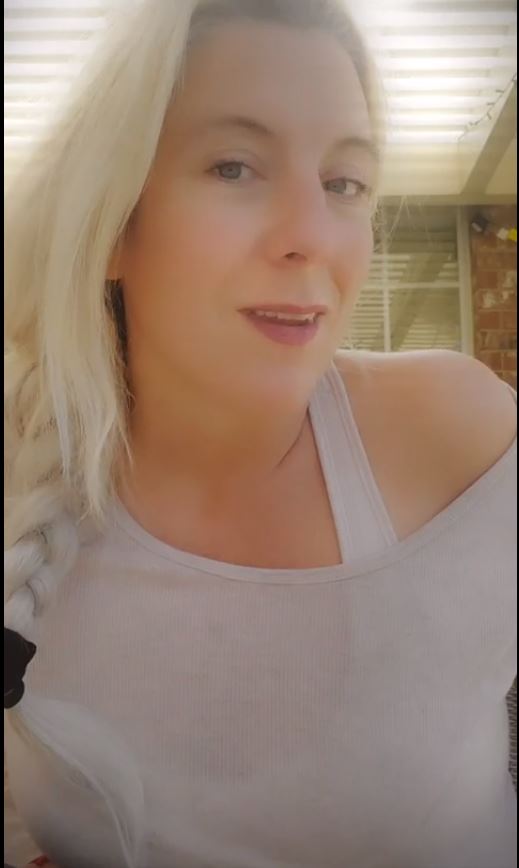 WE JUST HAD A DIFFERENCE OF VIEWPOINT HE SAID.

There I lay in a fetal position on the driveway cement holding my knee.

We had been arguing.

I tried to stop him from driving away so blocked the driver’s door from closing. He grabbed a hold of my leg that was blocking and pushed with all his force backward on my knee and to the side. I fell immediately to the ground from the intense pain.

Rolling into fetal position just as I watched the car door swing over my head. Had I not tucked myself into that ball the door would have cracked open my skull in the forceful slamming he did before pulling out of the drive and away.

I was in shock.

I knew my world had shifted.

But never did I think that he would completely ignore what he had done.

Time passed after our separation and still years later he says,

“We just have a difference on views of what happened.”

Repeatedly he told me that, that is not what occurred.

He affirmed that I was the one in the wrong.

I was the one who was being rash.

He even informed officers that I attacked him.

I was the violent one.

And perhaps he believes his own gaslighting.

Perhaps he really thinks that I harmed myself.

Or that I over reacted.

Granted my knee differs with his opinion.

As does my heart and mind.

My memory of it all.

Today I am eternally grateful for it happening.

I still say that if he wanted our relationship over all he ever had to say was so. There was never a need for violence and pain.

But it is what it is.

And it is perfect and beautiful in so many ways.

Today I get to have a soul based, heart centered relationship with the man that I want to spend the rest of my years with because I was set free three years ago.

Today I get to see clearly how dangerous gaslighting can be,

and because of this instance and others like it I can see how commonplace it is.

I have spent countless hours examining the events of this day from then and I have looked at ALL the other examples that I was so blind too of when he in his calmness showed zero empathy to situations.

When he walked away from me bleeding after a miscarriage.

When my heart was broken from a loss.

When I was in fear over my ailing mothers dementia.

When my daughter went missing for a week.

I told myself that it was his strong masculine energy that had him locked up, armoured up and protected.

I told myself that he was actually very deep feeling and just did not know how to process his emotions.

I told myself that his past traumas had him armoured and fearful of feeling.

I told myself that I SHOULD have more empathy and compassion for what he was going through.

In the midst of the crisis I sat and told myself to be stronger.

And when he would not come around,

I blamed myself repeatedly, believing that I was the one who needed to change,

who needed to conform,

who was to gravel for forgiveness and show mercy, show sympathy, and love unconditionally.

Yes. I believed that he was not at fault for any of our misunderstandings and that I was just being an “emotional girl” like I had been told so many times before.

I questioned my own views, feelings, and beliefs.

I even questioned my actions.

And as I sit here today and in times past of exploring this gaslighting, I can see ever so clearly how my previous relationship of almost twenty years did the same thing.

I can see how my mother and my father both were guilty of it.

How since I was a little girl, that gaslighting of the feminine has been a thing.

So easy it is to tell we women that we are crazy.

Stop being so “feeling.”

And if I fast forward to just last year,

I see it here too in a few relationships.

I see it just this last few weeks even.

And who is known for gaslighting?

But truly we are all guilty from time to time.

Two extremely “hot” words of our times, everyone loves pointing fingers about these psychological games of emotional war.

And they are very common.

Manipulative at the core.

You can be assured that those who use gaslighting as a tool to achieve what they want, which is zero blame, avoidance of their part in anything uncomfortable and control of another’s emotions and thus actions are pretty aware as to what they are doing.

They will smile at you,

tell you they love you and are there for you,

all the while plotting how they can best get what they want.

When you are faced with someone of this nature,

You will repeatedly see that they avoid at all cost, talking about the past, they will say only the present moment matters and that you need to let that other stuff go, then flip and use the past against you but only the things where you let them down.

They will tell you constorted views on events.

They will sidestep answering for anything and point blame toward you or any other source possible.

They will constantly change subjects or just disregard.

They will show limited if any empathy toward where you are in the midst of crisis, trauma, pain or just dealing with the day but instead demand that you pay attention to what is going on with them and make them center stage.

They will project their feelings, fears, ideas and inner viewpoints of self onto you and tell you that THIS is what you are feeling and how you think.

And they will play take away with you.

You either play their game or lose to them.

You either see your evil ways and fault for it all and come to your knees, say your apologies and see that they are right, they are in more pain than you, need more time than you, or it’s over.

Yes we are all narcissists at times.

Yes we all have characteristics.

And the more traumatized soul psyche will show up in life like this frequently to protect themselves,

but  our past trauma DOES NOT make it acceptable to treat others like this consistently.

There is a significant difference in having healthy boundaries, being guarded and being a narcissistic gaslighting A-hole.

It truly comes down to taking responsibility for yourself.

Knowing that at the end of the day that we are responsible for the self, and the self alone and our actions in this world.

Knowing that if we are not happy,

if we are not connecting,

if we are not feeling healthy in any way,

that WE are responsible for ourselves.

For the narcissist, this means that they need to STOP insisting that they are the most important person in the world.

And that they are incharge of their own lives and cannot make anyone else responsible for making them feel important, happy, healthy, loved or anything else.

For the rest of us, this means the same as above and if you are in a relationship with a narcissist to take the responsibility to see it clearly and take the steps required to transform that relationship however that might look for YOUR OWN BEST HEALTH.

Today, I wish clarity for you.

Clarity and transformation in any toxic relationships that you might have.

Want advice on how to cope, transform and heal from these negative impacting relationships?

Reach out to me today for help.