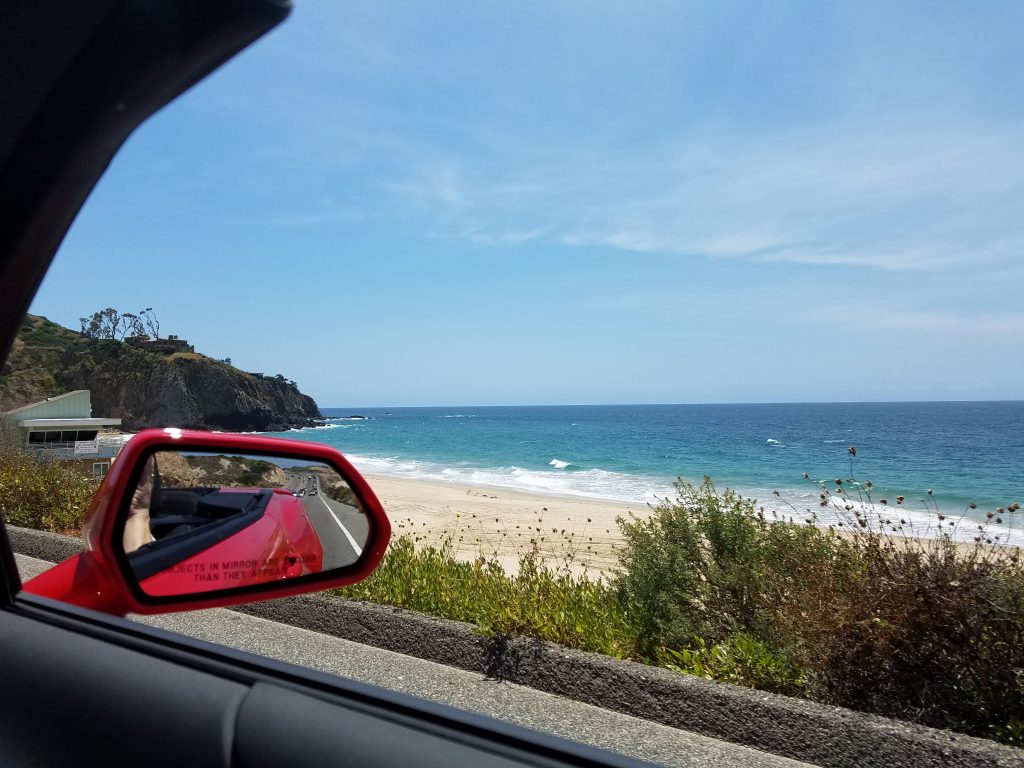 Seriously, I use to be one of those drivers that dreaded going anywhere because I was frustrated with the traffic issues, long before I ever got into the car. I was always making statements like,

“Oh god, its rush hour, you can’t get anywhere in this mess.”
“Why can’t people just merge?”
“These damn (fill in the state/city) drivers, how did they ever get their drivers license?”
“People can’t drive in the rain/snow…etc.”

Then I became
ENLIGHTENED.

LOL, okay not really but sorta at the same time.

My enlightenment was finding my own guilt of these actions in myself.

My enlightenment came from the realization that everyone on the road was not just a car that was moving to fast or not fast enough, but a human being, with worries, fears, concerns, hope and desires.

My enlightenment came from seeing myself driving ALL these cars.

And with that came mishaps, silliness, stupidity even.
So who was I to cast a stone in the direction of any of my fellow drivers?

Who was I to assume that I knew what was happening in that person’s life to make them swerve the way they did, to zig or zag. To straddle the middle of the road or even slam on the brakes or not see that they needed to merge to exit.

Truth was I have no effing clue what is happening in their lives.
And the reality is that I have made some pretty poor choices behind the wheel in my life.

I am a good driver, a safe driver, a present driver.
For the most part.

But there are plenty of times that I am NONE of these things.

So who am I to cast that stone?

And why am I allowing what is happening in their life to negatively impact my day?

They are not “doing this to me.”
It is not a purposeful act.

And even if it was, it most likely was not for the intent that I believe.

They are the drivers of their cars, their lives and they are making choices based on what they feel is best for them in that moment.

Traffic carries with it so many life lessons.
Just this morning as I was driving to coffee with a friend I found myself in the center lane, there was this large pick up truck that came up fast on my tale. He had to slam on the breaks and as I looked in the rear-view mirror I saw him hit his steering wheel in frustration of my speed. We were in a 45 MPH zone and I was driving 40 with cars directly in front of me and on both sides.

Traffic was moving comfortably and smoothly.
This man behind me though wanted something different.
He wanted to force his desires onto the traffic and push his way through.

And so he did.
He moved to the left of me and the car in front of him speed up some so he could parallel me, then he decided that if he just leaned into my lane that I should drop my speed and let him in, only issue was that I did not react as fast enough for him, so he got closer to the car he was behind and they went faster, giving him just enough room to push his way between me and the car in front of me. I let off the gas so to not hit him. He quickly got more irritated because he was stuck in the middle lane and the three cars that took up the lanes in front of him were all side by side, driving equal speed’s. He moved himself between the right lane and the center repeatedly, as if saying look at me, I need through.

Finally one car moved to a turn lane and he jumped on the opening and whizzed around the others, only leading to the next snag in the tight but smoothly moving traffic. He continued this process and any opening in traffic allowing him to speed up he did, racing to the line up of cars, where he continued to zig and zag, lean on his horn even and slam his steering wheel in his frustration with traffic not doing what he wanted.

Meanwhile, I remained in the middle lane.
Driving 40mph.
Enjoying the smoothness of traffic and appreciating how I had not hit one red light but instead noticed that the speed I was driving was allowing me to move without stopping almost all the way to my destination.

I was in the FLOW.

It was in this moment that I came upon my first and only red light.
I merged over to the turn lane where I was turning and found myself beside the truck that had spent his whole time zigging and zagging in frustration. There he was flipping the man next to him off in total disgust and slamming his hand on his steering wheel still.

No I was smiling because of the lesson.
My lesson.

Just yesterday, my mentor left me a message on voxer reminding me about the importance of FLOW.

The message was to not get caught up in the actions of DOING so much.

But instead to find my soul’s flow and ALLOW it to take me.

It’s all about FLOW,
Or lack of it.

While so many zig and zag their way through life,
frustrated at the result they are getting,
those who find their flow,
find their soul.
There heart.
Their purpose.
Their JOY.

I love traffic!
Don’t You?